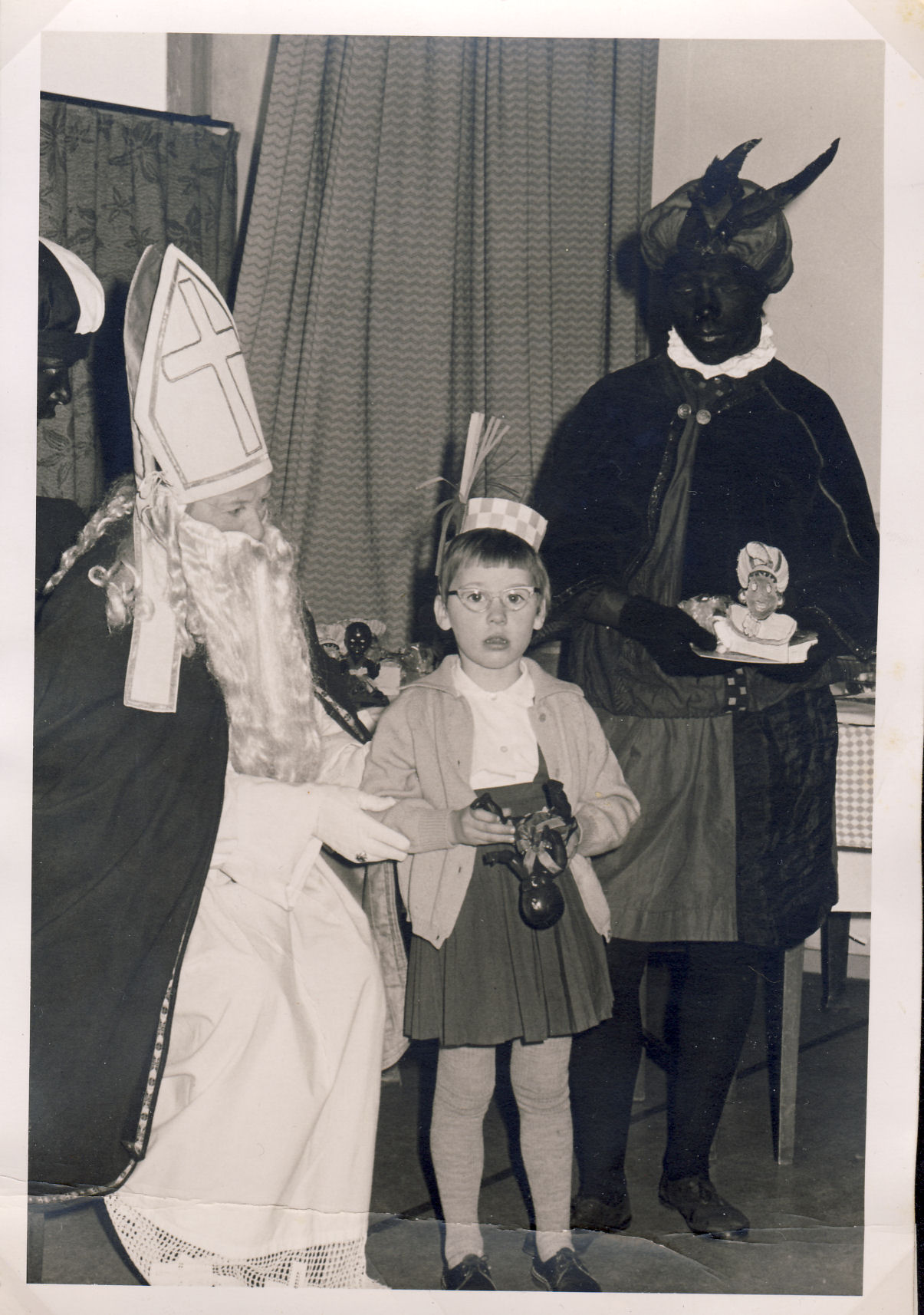 Photo from out family archives

Each year in November Sinterklaas ( Saint Nicholas) arrives in Holland for the celebration of his birthday. he comes with his steam boat from Spain, where he seems to live in a castle near Madrid.  There is no need to give him presents, on the contrary he will bring presents for you. Sinterklaas rides over the roofs on a white horse and is accompanied by his assistant, Zware Piet (black Peter). Presents are delivered in your shoe, which should be placed near the chimney. In the shoe you should provide some bread or carrots for the horse. Some water for the horse also is required. To draw attention, you must sing some special Sinterklaas songs.

Sinterklaas, or Saint Nicholas was a bishop in Turkey in the 4th century. he did los of good deeds, especially for children. later he became the protector of the sailors. This drew the attention of the Dutch. The stuff with the presents is not so old. It originates from the end of the 19th century. There are some less popular variations like Sint Maarten (Saint Martin)which still is celebrated in some regions. The British/Americain Santaclaus shows some resemblance and indeed is derived from this Dutch tradition.

An important aspect of Sinterklaas are the special sweets:

Children mainly care about the presents, but adults like to accompany the presents with home made poems. the main purpose is to tease the recipient of the present with his bad habits or unfortunate events. Also the presents may be packaged in a funny way. it is also common to buy very tiny presents and play trading games with them.Using dice you may have to pass presents to other people so you never know what have at the end of the game.

Prev Next
Category: About Holland